Are Amalgam Fillings Bad for You?

Metal amalgam has been widely used in dentistry for more than 150 years. Literally hundreds of millions of patients all over the world have had silver fillings placed in their teeth. In recent years, however, an increasing number of patients and dental professionals have begun to question the material's safety. These concerns are understandable since one of the primary ingredients of amalgam is the toxic element mercury. Many patients find themselves asking, "Are amalgam fillings bad for you?" A brief look at the existing facts can help clarify this issue.

What is Dental Amalgam?

The word "amalgam," by definition, refers to any metallic alloy that includes the element mercury. Amalgam dental filling material is made up of liquid mercury mixed with a finely powdered metal alloy containing silver, tin, and copper. The mercury, which acts as a type of binder, is mixed with the metal powder in the dental office, resulting in a putty-like consistency. Only minutes after it is placed, the material starts to harden. Within hours, it reaches its maximum strength.

Amalgam has been a popular and effective method for filling dental cavities because of several benefits. The material is extremely strong and durable, even when subjected to extreme pressure. Metal fillings are also convenient and affordable.

Understanding the Effects of Mercury

Mercury is all around us. It exists in trace amounts in the air we breathe, the water we drink, and the foods we eat. Levels can be especially high in fish harvested from polluted bodies of water. Over time, mercury from all these sources accumulates in our organs. If the levels become high enough, they can cause health problems. Symptoms of mercury poisoning include symptoms such as headaches, memory loss, irritability and anxiety, and chronic fatigue.

The FDA, ADA, and similar agencies have found insufficient evidence to support a correlation between metal fillings and adverse health effects.

Since dental amalgam contains a significant amount of mercury, it is logical to suspect that there is a potential risk. It is known that amalgam fillings are not completely inert: they release low levels of mercury vapor, and they contribute—albeit slightly—to mercury bioaccumulation in certain organs. Because of the concern over amalgam filling materials, scientists have conducted a great deal of research to evaluate the safety of metal fillings.

The FDA and Other Agencies Weigh In

The U.S. Food & Drug Administration (FDA) recognized this public concern and decided to conduct an exhaustive review of all the studies relating to the safety of amalgam alloy fillings. The agency formally released their conclusions in a paper and addendum published in 2006 and 2009, respectively. The FDA concluded that there is insufficient evidence to support an "association between exposure to mercury from dental amalgams and adverse health effects in humans, including sensitive subpopulations."

This paper also recommended that as a precaution, dentists should avoid using amalgam in certain patients. These include children under the age of six, women who are pregnant, and patients who are otherwise exposed to mercury or who eat a large amount of seafood. Other agencies, including the American Dental Association (ADA), the Centers for Disease Control and Prevention (CDC), and the Life Sciences Research Office (LSRO) later published similar opinions. This is an issue that the FDA and other organizations will continue to monitor.

Should Patients Have Their Amalgam Fillings Removed?

Some practitioners recommend the removal of all amalgam fillings because of their concerns about possible mercury poisoning. They then propose replacing them with an alternative material, such as composite resin, porcelain, or cast gold restorations.

Neither the FDA nor the ADA recommends this approach. Their consensus is that healthy, functional silver amalgam fillings should not be electively replaced. The process of removing these fillings can potentially expose the patient to additional mercury vapor that is released. Certain techniques and systems are recommended in order to safely perform this procedure. Most dentists will agree that the only valid reasons to remove an amalgam alloy filling include:

If replacement becomes necessary, patients should discuss the best material for their needs with their dentist.

Amalgam alloy is a safe, cost-effective, and durable dental filling material. It has been thoroughly tested during decades of use and scrutinized in a great number of scientific studies over the past several decades. Even though amalgam alloy restorations appear to pose no significant health hazards, some patients may still have reservations. Dentists should respect these concerns and thoroughly discuss the pros and cons of alternative materials, such as composite resin, with their patients. 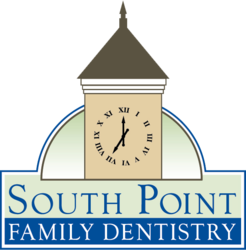 Drs. Gary McCord, Christopher Maino, and Katie Macken are highly trained dentists who combine advanced training and compassionate care to help patients of all ages achieve healthy, beautiful smiles. They are affiliated with leading organizations, including:

We work with most insurance plans and offer financing. To visit our office, request an appointment online or call us at (704) 825-5111.

*Disclaimer: results are not guaranteed, may not be permanent, and can vary per individual. Some images are of models, not actual patients.